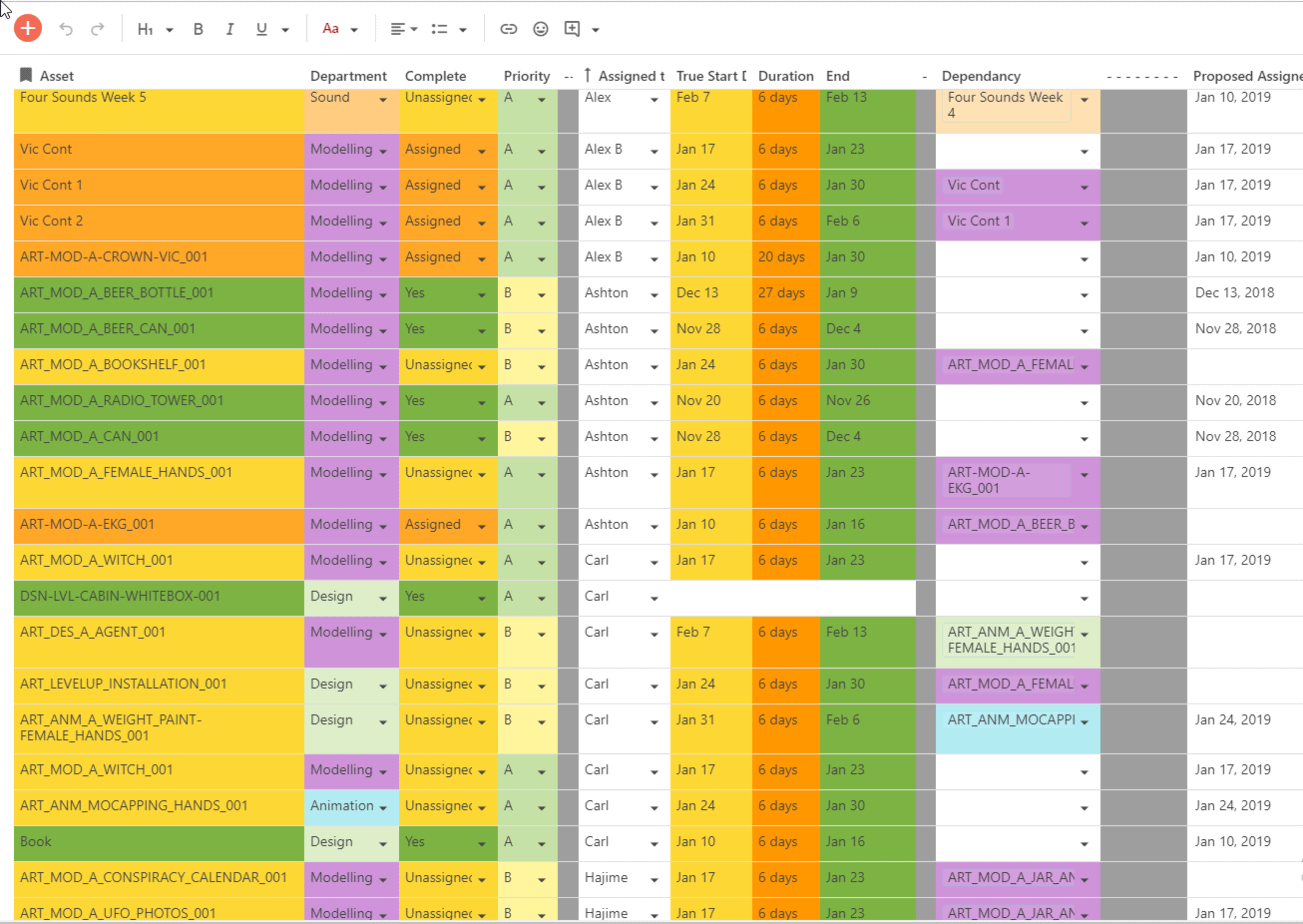 Carl designed and managed Superfreq’s asset management list using the Coda framework. The list is dynamically color coded, flagging work which which is late and highlighting dependencies that may be effected. This list automatically populates the project’s Gantt Chart.

SUPERFREQ
Superfreq is another project put together for George Brown’s Game Design post-graduate program, and was selected to showcase the college at the Level Up student game showcase.

Superfreq is a mysterious puzzle game that tells a morbid tale of government conspiracy and the paranormal in short vignettes. Rather than using a traditional game controller or a mouse and keyboard, the game is controlled with an old PA system from the 1960, the values of its six knobs read by an Arduino controller and passed into the Unreal game engine. Every puzzle in the game involves interfacing with a different machine (a radio, an ultrasound, a GPS) whose controls are represented by the physical controller interface.

Carl served as the producer for Superfreq, managing a team of more than 15 programmers, animators and 3D modellers to achieve the game’s photo-realistic art style. This involved developing the game’s asset list, scheduling, assigning and tracking work. Additionally, he built the Arduino controller and contributed 3D animation to the project.

In 2019 Carl won the George Brown School of Design’s Best Producer award for his work on Superfreq.